what the internet told me about iceland.

Two weeks from today Anne-Marie and I will be taking off on our grand Iceland adventure! We’ve looked into what we should do while there, but are taking the “Let’s see what Iceland suggests” approach. Well, except for the Glacier Boat Tour…that’s my must do while there. Oh, and the Blue Lagoon Geothermal Spa.

In my research of the island, I came across some fun facts and figures about Iceland that I thought I’d share with you:

But first, put on your Of Monsters and Men vinyl, to really set the mood.

1 – Here is Iceland. Compared to Georgia. 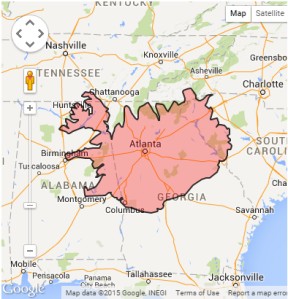 3 – Its nickname is the Land of Fire and Ice due to it’s volcanic and geothermal activity, and well, ice.

4 – It was (allegedly) settled by the Vikings in the 850s. And is the (alleged) birthplace of one of the most famous Vikings, Leif Erikson. Allegedly. 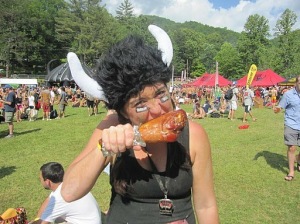 5 – Iceland is home to the Great Geyser. It was the first geyser ever noted in print back in 1294, and is the namesake for all the world’s geysers.

6 – Icelandic Proverb you should start using: That is the raisin at the end of the hot dog. Meaning, something that comes as a surprise at then of something. Unexpected.

7 – Speaking of hot dogs…the world’s most famous hot dog stand is located in Reykjavik! Baejarins Beztu Pylsur has been around since 1937. It gained a bit of notoriety in 2004 when President Clinton stopped by. You can read about the Hot Dog stand history, and its Clinton Effect here. Who knew President Clinton and I took our hot dogs the same way: mustard only. You can bet I’ll be making a stop here!

8 – While we’re on the subject of food, let’s discuss Hakarl and Brennivin. Hakarl is cured shark and is a delicacy there. It is hung out to dry for 5-6 monhts before consuming, and is described as having a strong taste of ammonia. Locals wash it down with Brennivin, the strong Icleandic drink, loving referred to as “Black Death”. When in Rome, er Iceland, right?

9 – Iceland is apparently a knitters paradise. You can go to this website to take Knitting Adventures: Knit on Ice. Knit with Elves. Knit under the midnight sun. I also stumbled up this gem of a video that talks about how men in Iceland knit at the local pubs, and discuss manly things.

10 – Speaking of knitting, one can not go to Iceland and not return home with an authentic Iceland sweater (Lopapeysa). This couple, wearing their nordic sweaters, gives two thumbs up, and so do I! 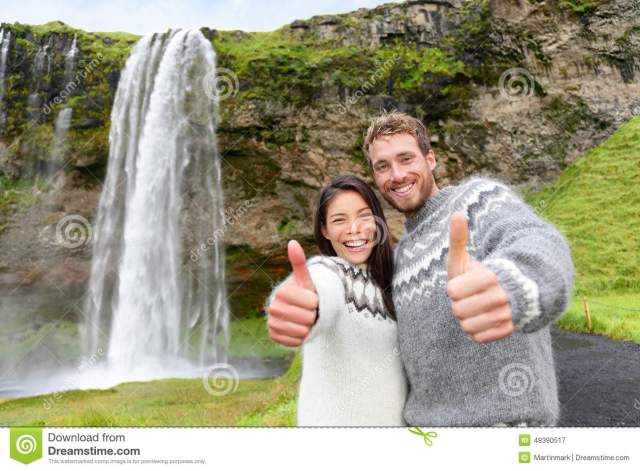 11 – Icelanders believe that elves exist. Not just some Icelanders, a whopping 72% of them!

12 – Iceland is a hotspot for movies because of its otherworldly-ness. Here’s a short list of movies filmed around Iceland:

Captain America: Civil War
Hostel: Part II
Interstellar (my brother and I just watched this on one of our Brother/Sister Sunday       Movie nights. It was fantastic!)
Noah
The Secret Life of Walter Mitty
Star Wars: The Force Awakens
Thor
Batman Begins
James Bond: A View To Kill

And if you’re a fan of Game of Thrones, I read that everything that happens north of the wall is filmed in Iceland. I’m not familiar with Game of Thrones, but hopefully there is a wall in there? And the statement makes sense?

16 – There are no mosquitoes in Iceland.

17 – There is also no military force there. They do have a coast guard, though. And they have been known to protect Iceland from wayward Polar Bears that float over from Greenland.

Basically, Iceland appears to be a magical place, and I cannot wait to explore! Two weeks to go, and counting… 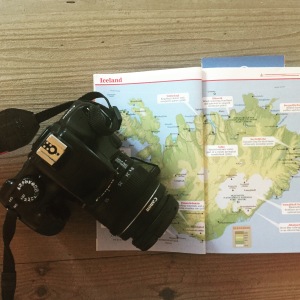 *a huge thank you to the internet for sucking me in and providing countless hours of entertainment as I read up on all things Iceland.