As of right now, I have 19 friends who have either had babies this year or are currently pregnant. 19. And all but 1 or 2 are first time babies…so lots of showers.

Around baby 16 or 17, it became humorous because after I thought I had run out of friends to get pregnant, a friend and her partner announced that they were pregnant and then another friend announced her adoption. Number 18 was a friend who just got married in April.  All of this is wonderful news! 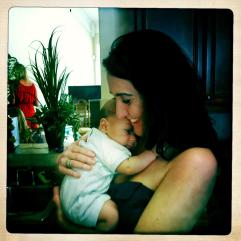 ready for Amelia’s shower yesterday. In all my thinking about what I would miss next year while in Africa, God has blessed me to have given me baby after baby after baby of joyful news. I am so grateful to have been here for those moments.

I imagine with “good-byes” evident in my future that I see this time together a little differently. I’ve even got one group of friends already planning a “good-bye” brunch.  As we creep towards September I’m realizing that the next 4 months are going to go by faster than they normally do.

John 1:16 – From the fullness of His grace, we have all received one blessing after another.